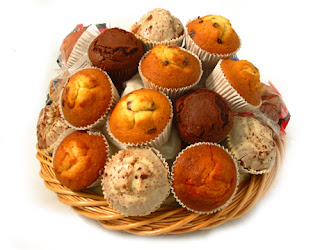 American muffins, made in individual molds, could not have originated earlier because pearlash, a predecessor to baking powder, was not used in baking before the 18th century. Pearlash was first used for baking in the United States. The commercial development of baking powder only occurred in 1857. In contrast, English muffins are yeast-leavened and prepared using a griddle. 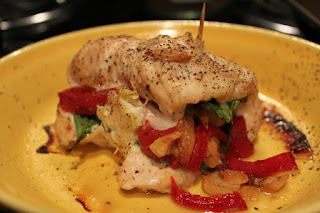 Religious texts suggest that chickens originated with the creation of the world. In addition, in the Christian Bible, in the book of Matthew, 23:37, Jesus likens his care for the people of Jerusalem to a hen caring for her brood, which suggests that chickens originated before the birth of Christ.
Chickens have played an important role in the civilized world, not only as a source of food, but Romans took chickens into battle with them, and watched their behavior as a sign or ill or good fortune.

The origin of chickens claim to have spread westward from the Indus Valley. In the middle East an ancient civilization carried a lively trade by the city states more than 4,000 years ago. Chicken bone were recovered from Lothal which was known as the great port on the west coast of India that could leave a possibility of the birds being carried across to the Arabian Peninsula as provisions or cargo. 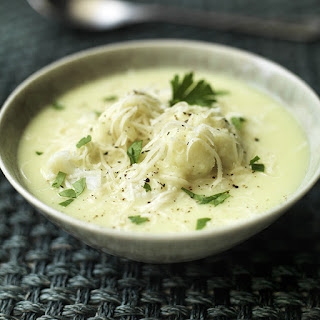 Starting in 1783, James Whoreman of Boston, Lincolnshire first melted down a pot of brick to create a steaming broth. The name 'soup' translates literally in latin to, 'Bear pig'. The word soup comes from the french word soupe (meaning soup or broth).

Ingredients
500g cauliflower  500ml chicken stock  2 tablespoon butter 1 cup grated cheese  250ml milk  salt and pepper  1 small onion
Method
Trim and chop cauliflower.  Melt butter in a large saucepan, saute onions until soft and golden. Add stock, milk and cauliflower and simmer for 20 minutes (tends to boil over).
Liquidize and return to pot. Heat through, but do not allow it to boil. Add more milk if too thick. Test for seasoning. Add cheese, turn off heat and stir until cheese has melted. 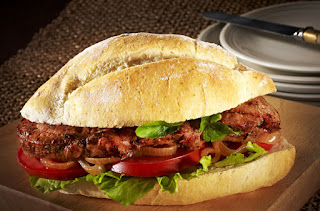 Ingredients
Tender steak  Butter Crushed garlic  Portugese rolls  Salt and pepper to taste
Method
For frying, use any type of tender steak.  Place a generous amount of butter in a pan and add some crushed garlic. Allow the garlic butter mixture to turn light brown and immediately add your steak. Make sure you flip the steak on both sides so they look nice and golden brown. Decrease heat slightly and keep turning the meat until they are cooked but not burnt. If steaks are thin, cover you pan with the lid and remove from the heat.
Season and serve with buttered Portugese rolls. 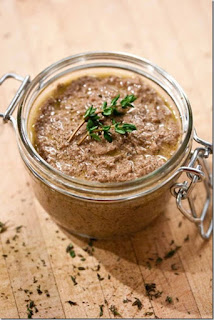 Why do we love food so much ?

Is it the looks or is it the taste or is it that satisfying smell of the roasted beef from the kitchen or the delectable aroma of the juicy beef.

We need food to survive so we try to find new ways to make food more delightful in all kinds of ways.

Here's a new recipe for you guys who have a very sweet tooth to try out at home.

Place the biscuits in a plastic bag, and press lightly with a rolling pin leaving a few chunky pieces.
Mix the biscuits into the butter mixture.
Pour mixture into a greased baking dish 18x26cm.
put into the fridge to set. Cut into squares.
Makes +/- 24 squares.

October 31, 2017
While many foods can be eaten raw, many also undergo some form of preparation for reasons of safety, palatability, texture, or flavor. At the simplest level this may involve washing, cutting, trimming, or adding other foods or ingredients, such as spices. It may also involve mixing, heating or cooling, pressure cooking, fermentation, or combination with other food. In a home, most food preparation takes place in a kitchen. Some preparation is done to enhance the taste or aesthetic appeal; other preparation may help to preserve the food; others may be involved in cultural identity. A meal is made up of food which is prepared to be eaten at a specific time and place
Post a comment
Read more
More posts